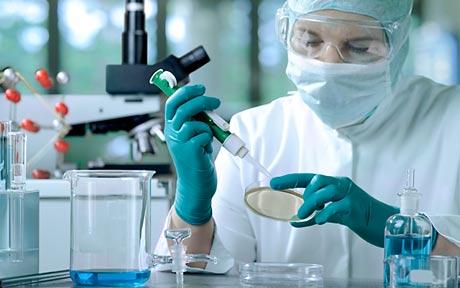 Recent stories and editorials make assertions about Missouri Right to Life (MRL) and our goals concerning the investigations of Planned Parenthood and university-based research on stem cells.

To begin, MRL has always stood for the protection of innocent human life from conception to natural death. Human embryos and fetuses are no different biologically from born infants – only smaller, younger and silent. The one month old newborn is just as dependent on external help for nourishment and protection as the human zygote. And science does not recognize the intangible difference between the wanted and unplanned child, although somehow that logic escapes the mind of the abortion defenders.

We oppose abortion because it is a violent purposeful act that kills a child. It is quite literally dehumanizing, and callously encourages a disregard for the respect due all people. Esteemed suffragist and early feminist Susan B. Anthony said it best when she wrote, “I deplore the horrible crime of child-murder…” when referring to abortion.

Regarding stem-cell research, the public is often misled to believe that MRL and other abortion opponents are enemies of ALL such scientific endeavors. This is patently untrue!  Many of the first proponents of therapeutic stem-cell advances were, and are, in the Pro-Life realm. Adult stem cells from umbilical cord blood, placentas, bone marrow, and even human fat are rapidly seeing widespread usage in treatment and cures around the globe – all without the ethical dangers of destroying Life in the process.

MRL strongly supports ethical stem-cell investment, including state dollars, and encourages Economic Development that does not depend on life-ending forms of research. However, MRL continues to oppose human cloning and research that kills living embryos in the name of research.

We call upon our state officials, candidates, university leaders, business interests, and those involved in lobbying like the Missouri Chamber of Commerce and the Missouri Biotechnology Association (MOBIO) to join our efforts to help Missouri grow. Let’s unite in our desire for advances using ethical forms of stem-cell therapies. Let us finally write into statute a ban on tax dollars for research that kills human embryos. We can protect Life AND build our economy with ethical options.

Missouri Attorney General Chris Koster, who in 2004 as a candidate for State Senate told MRL that he supported the protection of all innocent human lives, now seeks to divide MRL from state legislators and citizens by perpetuating those tired myths that advances depend on the destruction of human embryos. But that’s not all he’s doing to discourage the protection of Life.

Planned Parenthood has virtually begged to be investigated after multiple videos released by The Center for Medical Progress reveal that PP profits from the sale of body parts of babies they abort. Koster’s report into PP’s practices in Missouri is completely inadequate. Koster has produced a report showing only one month of records without direct evidence of the sale of baby body parts, but does nothing to address why the St. Louis PP operation is noted as an untapped market for fetal trafficking in the first video. And now abortion supporter Koster proudly declares the investigation, and PP, cleared?  Not so fast.

In addition to Koster’s cursory and limited investigation into PP’s operation, he ignores other illegal activity.  It is illegal for any state-funded entity, personnel, or official to assist, promote, refer, or perform an abortion in Missouri. Period. Koster ignores evidence that the University actively recruited an abortionist and worked directly with the PP facility in Columbia to provide the required licensing for that abortionist.

From rashes of ambulance calls and infrequent inspections to clandestine email correspondence with University of Missouri officials and the latest revelations about their gruesome business practices, PP is reminding us almost daily why our state defunded them back in 2003.

Senator Kurt Schaefer and his colleagues have taken the lead on holding Planned Parenthood, Missouri Health and Senior Services, and now the University of Missouri accountable for illegal contracts and willful disregard for statutory intent. We appreciate the efforts of the committees in the state legislature, both current and forthcoming, that will make certain that Missourians know the depth of these unsavory relationships.

MRL is continually pursuing legislative remedies for these violations, and invite Missourians to join us in our Life-affirming mission.

PrevPreviousMRL Questions Depth of Attorney General’s Investigation and Pledges to Continue Our Life-Saving Work
NextOh, the Joy!Next
Scroll to Top