Columbia 40 Days for Life in the News

This is Kathy Fork (with her granddaughter) who is in charge of the 40 Days for Life campaign in Columbia, MO. She really began this whole thing back in February with her husband and a few others who call themselves Mid-Missourians for Life. Her passion for saving lives and the compassionate way she ministers to women considering abortion is a beautiful sight to behold: 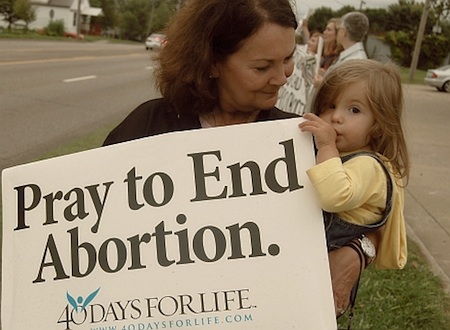 Yesterday the Columbia Tribune caught up with Kathy and some of the other Columbia vigil pray-ers:

Kathy Forck wants to be clear about the purpose of the people praying along the sidewalk outside Planned Parenthood at 711 N. Providence Road.

“We’re pro-life,” she said Monday afternoon as spotty drizzle fell during a chilly breeze. “We’re for everyone. We’re not ‘anti-abortion activists.’ ”

Since the middle of September, after launching 40 Days for Life at the Columbia First Assembly of God, a group of six volunteers has grown to 200 volunteers enduring all sorts of weather in shifts for a 7 a.m.-to-7 p.m. prayer vigil in front of Planned Parenthood. Mid-Missourians for Life sponsors the local event, which is coordinated with a nationwide effort that began in 2004. The length of the vigil — 40 days — is symbolic of many significant events recorded in the Bible, organizers said.

Some motorists have honked — giving a thumbs up of support — while others have made not-so-friendly hand gestures. But most interactions have been positive, said 19-year-old Dakota Hoard, who kept vigil by walking slowly back and forth on the sidewalk softly uttering a prayer while holding rosary beads.

The 40 Days for Life vigil and period of fasting for some ends Sunday, but Forck said she and many volunteers will continue to be on the sidewalk, praying every Thursday.

That’s the day the local facility provides abortions, she said. The Columbia clinic performs 15 to 20 abortions every Thursday, Forck said, explaining that three women had told her that the group’s presence recently dissuaded them from terminating their pregnancies

“We’re praying for the end of abortion,” Forck said. “God has the power to do it, so we are asking God to move in his infinite wisdom to touch the hearts of men and women here who are in such desperate straits.”

Tracey Weaver, a 40-year-old nondenominational pastor from Fulton, recalled having an abortion 20 years ago in Madison, Wis. She called it “the worst decision of my life.”

“They told me this was the best decision I would make and this was my choice,” Weaver said, beginning to fight back tears.

“But my baby never had a choice.”

Weaver, who now has three children, said she still suffers severe pain and depression from the decision she made two decades ago.

“Even today I am still healing,” she said. “I’m not here to judge anyone. I’m here to peacefully pray and maybe if God allows me to tell someone, ‘There’s a better way.’ That’s basically why I’m here.”

Here are some pictures from the vigil in Columbia: 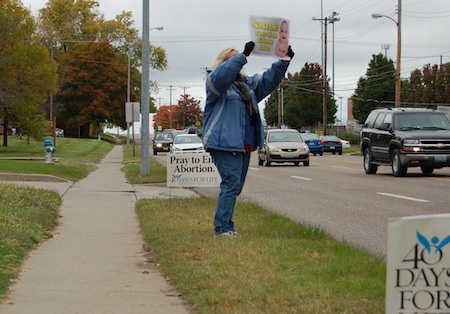 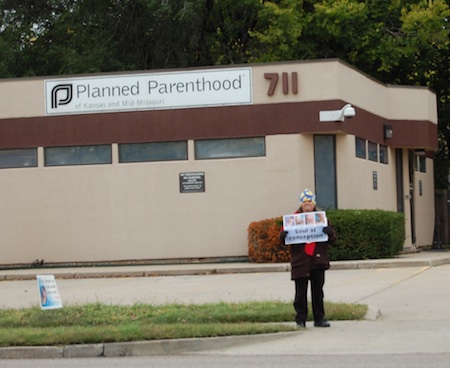 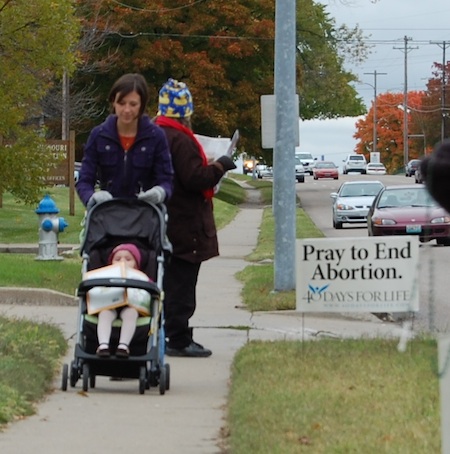 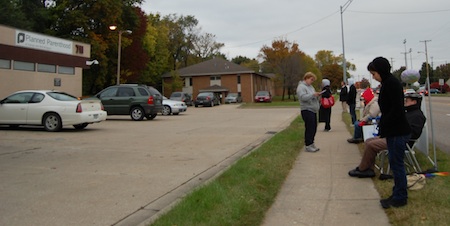 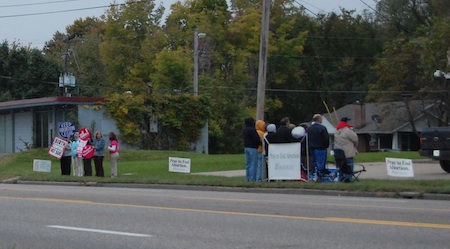 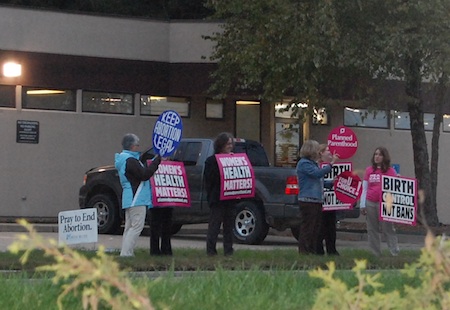 0 thoughts on “Columbia 40 Days for Life in the News”